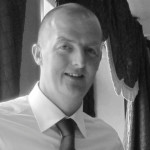 Eoin has over twenty years experience in the Construction Industry with a proven track record at meeting deadlines and delivering projects of all sizes; from modest house extensions up to major elements of large development projects.

Eoin grew up in Conna, Co. Cork and attended secondary school in Rockwell College in Cashel, subsequent to which he trained to be an Architect. After qualifying from Architectural Technology in Cork Institute of Technology, Eoin went on to study Architecture at Kent Institute of Art & Design Canterbury, London Metropolitan University and University College Dublin. In parallel to his studies Eoin worked for a number of practices including Barbara Weiss Architects (London) and WL Design (London).

From January 2011 Eoin worked as a Project Architect for Acanthus Holden Architects in Pembrokeshire, Wales working on a number of projects ranging from new dwelling houses to conserving and refurbishing listed hotel buildings including the renovation, extension and conservation of the Grade II listed 5 star Twr-y-Felin Hotel (a landmark building on the St Davids peninsula in Pembrokeshire, Wales).

In early 2013 Eoin decided to set up his own practice Eoin O’Keeffe Architects with the aim to create comfortable, healthy, future-proofed buildings to satisfy Client’s requirements, designed to suit each site’s aspect, orientation & location.

In Parallel to setting up a new business, Eoin also successfully completed a MBA, Master of Business Administration, at IBAT College in Dublin, graduating in November 2016.

From February 2016 to August 2017, Eoin also fulfilled the role of Site Project Architect for Scott Tallon Walker Architects on Páirc Uí Chaoimh (the redevelopment of the GAA Stadium in Cork). This was a part time position and was performed in parallel to the ongoing projects of Eoin O’Keeffe Architects.

WL Design is an Architectural, Interior Design and Construction Management Company in London.

Barbara Weiss Architects is an award winning Architectural Firm with clients in the residential, retail and commercial sectors.